What’s the right visualization to use with my data? This is a question we often get asked. The choice can feel overwhelming - but narrowing it down is straightforward once you know how.

The one question that will help you choose the right visualization

What is your data trying to communicate?

Do you want to show change over time? A list of rankings? Correlation between two variables? Once you know that, the options are clearer.

The Financial Times’s data visualization team has made a great visual vocabulary for this. We’ve used their categories to help you pick the right Flourish visualization.

If you mainly want to communicate change over time, we recommend these. Click on them to make one now!

Column:
Another way to show change over time, especially for a single series

Slope:
Good for clearly conveying 'before and after' data

Use these when you mainly want to communicate size comparisons, relative or absolute.

Column:
The standard way to compare the size of things; y-axis should always start at 0

Bar:
Like columns, especially when the data are not time series, or axis labels are long

Grouped column:
As per column, but for multiple series

Grouped bar:
As per bar, but for multiple series

Use these to show how an entity breaks down into its components. If you’re mainly interested in the absolute size of the components, consider one of the size charts above instead.

Pie:
Common, though hard to accurately compare the segments

Donut:
Similar to a pie, though the center can be used to convey additional information

Stacked column:
Good for combining with change over time, though can be hard to read

Treemap:
Use for hierarchical part-to-whole relationships

Sunburst:
Attractive alternative to treemap, though may be harder to read

Packed circles:
Attractive alternative to treemap, though may be harder to read

Use correlation visualizations when you want to show the relationship between two or more variables.

Scatterplot:
The standard way to show the relationship between two continuous variables

Bubble chart:
Like a scatterplot, but sizes the circles by a third variable

Connected scatterplot:
Aka Rosling chart: show how relationship has changed over time

Use where an item’s position in an ordered list is the most important thing you want to show.

Ordered bar:
A simple bar chart. Just order your data as you want it to display

Slope chart:
Perfect for showing effectively how ranks have changed over time

Show values in a dataset and how often they occur. The shape of a distribution is often useful to see. Coming soon: histograms!

Dot plot:
A simple way to show raw values in the data, across categories

Box plot:
Summarize multiple distributions by showing the median & range of the data

Use these to show volume, movement or connections between two or more states. 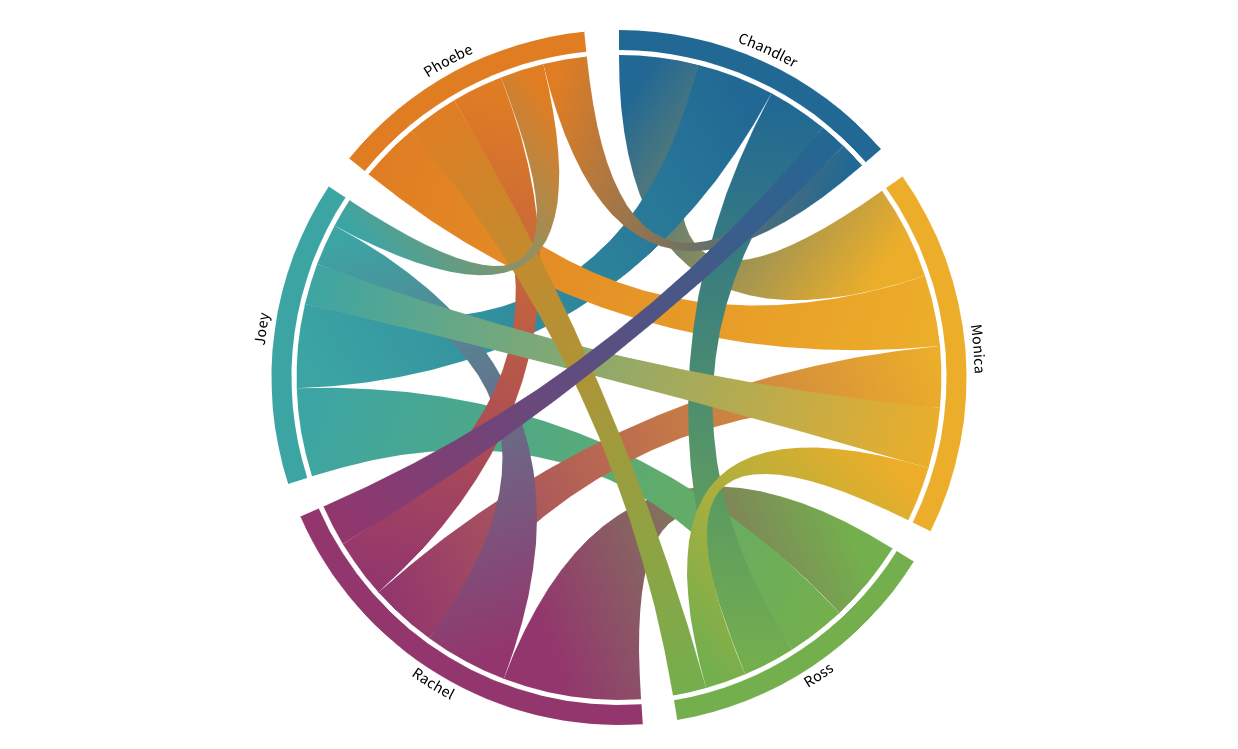 Chord:
A complex but powerful way to illustate two-way flows 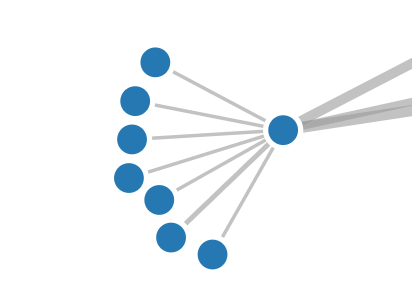 Network:
Use to show the strength and connectness of relationships

Use when geospatial patterns in your data are more important than anything else. 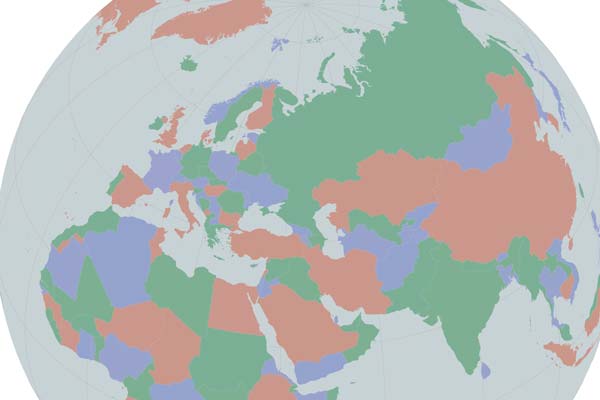 Choropleth:
Use with your own GeoJSON data 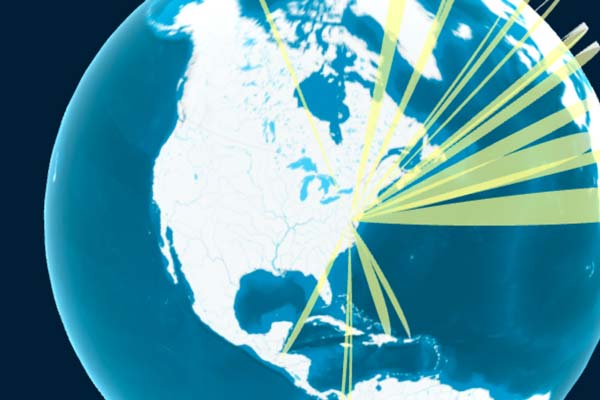 This category is specifically for people wanting to visualize the outcome of elections. 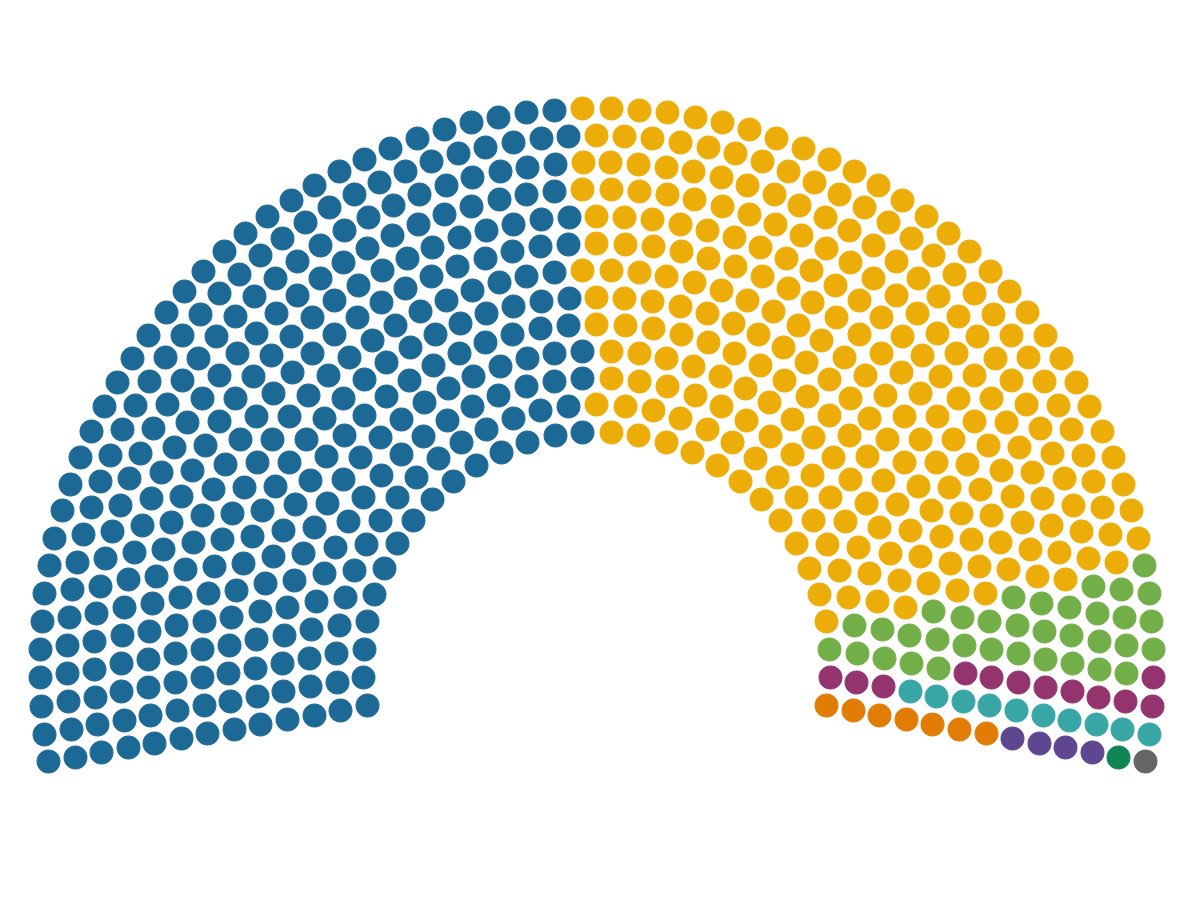 Another Flourish special! If you have data about individual events or entities, use the Flourish survey visualization to let your users query your data however they wish. 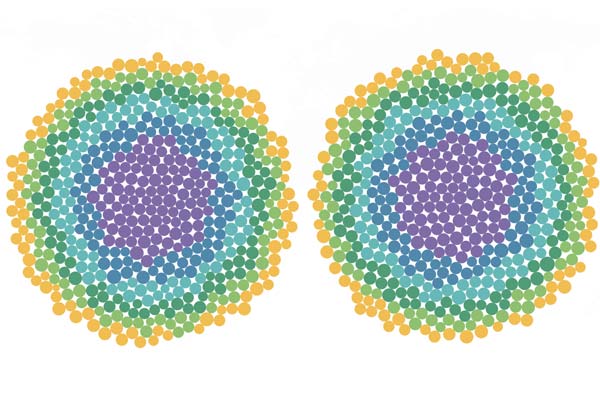 Before picking any chart, it’s really worth studying the FT’s visual vocabulary - they even have a handy PDF you can print out and put on the wall!


You can choose from all these visualizations, and lots more, at the Flourish templates page.
≪ Blog home